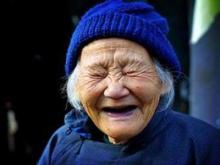 Feeling rundown? Try laughing more. Some researchers think laughter just might be the best medicine, helping you feel better and putting that spring back in your step.

"I believe that if people can get more laughter in their lives, they are a lot better off," says Steve Wilson, MA, CSP, a psychologist and laugh therapist. "They might be healthier too."

Yet researchers aren't sure if it's actually the act of laughing that makes people feel better. A good sense of humor, a positive attitude, and the support of friends and family might play a role, too.

"The definitive research into the potential health benefits of laughter just hasn't been done yet," says Robert R. Provine, professor of psychology and neuroscience at the University of Maryland, Baltimore County and author of Laughter: A Scientific Investigation.

But while we don't know for sure that laughter helps people feel better, it certainly isn't hurting. 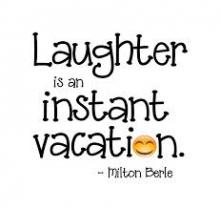 Laughter Therapy: What Happens When We Laugh?

We change physiologically when we laugh. We stretch muscles throughout our face and body, our pulse and blood pressure go up, and we breathe faster, sending more oxygen to our tissues.

People who believe in the benefits of laughter say it can be like a mild workout -- and may offer some of the same advantages as a workout.

"The effects of laughter and exercise are very similar," says Wilson. "Combining laughter and movement, like waving your arms, is a great way to boost your heart rate."

One pioneer in laughter research, William Fry, claimed it took ten minutes on a rowing machine for his heart rate to reach the level it would after just one minute of hearty laughter.

And laughter appears to burn calories, too. Maciej Buchowski, a researcher from Vanderbilt University, conducted a small study in which he measured the amount of calories expended in laughing. It turned out that 10-15 minutes of laughter burned 50 calories.

While the results are intriguing, don't be too hasty in ditching that treadmill. One piece of chocolate has about 50 calories; at the rate of 50 calories per hour, losing one pound would require about 12 hours of concentrated laughter!

Laughter's Effects on the Body

In the last few decades, researchers have studied laughter's effects on the body and turned up some potentially interesting information on how it affects us: 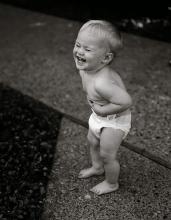 The Evidence: Is Laughter the Best Medicine?

But things get murky when researchers try to sort out the full effects of laughter on our minds and bodies. Is laughter really good for you? Can it actually boost your energy? Not everyone is convinced.

"I don't mean to sound like a curmudgeon," says Provine, "but the evidence that laughter has health benefits is iffy at best."

He says that most studies of laughter have been small and not well conducted. He also says too many researchers have an obvious bias: they go into the study wanting to prove that laughter has benefits.

Provine says that the most convincing health benefit he's seen from laughter is its ability to dull pain. Numerous studies of people in pain or discomfort have found that when they laugh they report that their pain doesn't bother them as much.

But Provine believes it's not clear that comedy is necessarily better than another distraction. "It could be that a compelling drama would have the same effect."

One of the biggest problems with laughter research is that it's very difficult to determine cause and effect.

So it becomes very hard to say if laughter is actually an agent of change, or just a sign of a person's underlying condition. 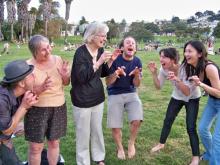 Laughing It Up for Quality of Life

Laughter, Provine believes, is part of a larger picture. "Laughter is social, so any health benefits might really come from being close with friends and family, and not the laughter itself."

In his own research, Provine has found that we're thirty times more likely to laugh when we're with other people than when we're alone. People who laugh a lot may just have a strong connection to the people around them. That in itself might have health benefits.

Wilson agrees there are limits to what we know about laughter's benefits.

"Laughing more could make you healthier, but we don't know," he tells WebMD. "I certainly wouldn't want people to start laughing more just to avoid dying -- because sooner or later, they'll be disappointed."

But we all know that laughing, being with friends and family, and being happy can make us feel better and give us a boost -- even though studies may not show why.

"Obviously, I'm not anti-laughter," says Provine. "I'm just saying that if we enjoy laughing, isn't that reason enough to laugh? Do you really need a prescription?"

Adapted by Personal Safety Nets® from “Give Your Body a Boost -- With Laughter. Why, for some, laughter is the best medicine. By R. Morgan Griffin (April 2009), WebMD. Reviewed by Michael W. Smith, MD